An event every week that begins at 7:30 pm on Sunday, Tuesday, Wednesday, Thursday, Friday and Saturday, repeating until May 11, 2019 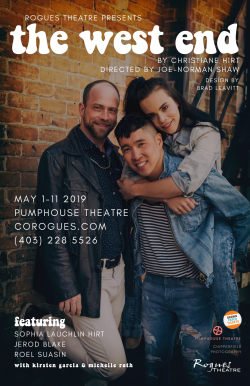 Emma Wood is a 13 year old latch-key kid growing up in Vancouver’s West End during the late 70’s. Famous as Western Canada’s largest gay (LGBTQ) community, Emma’s lonely adolescence transforms when she meets two gay men who change her life forever. From the sexual revolution of the 70’s through to the AID’s crisis of the 80’s these three unlikely souls become inextricably intertwined in a heartfelt coming of age story that encompasses the growing pains of life, love, sexual identification, self-acceptance and a community who continues to thrive in good times and bad.