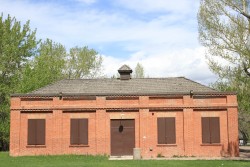 In the early 1970s, there were few venues for Calgarians to produce performing arts events in the city: Theatre Calgary had only just started its professional operations in 1968, the Calgary Allied Arts Centre (Calgary’s community arts building) closed its doors in 1969, and the downtown Arts Commons wouldn’t open its doors until 1985.  The sentiment across the country was that Canadians needed to tell our own stories: these stories needed to reflect our own issues and feature our own homegrown talent.   Mrs. Joyce Doolittle recognized that there were so few adequate and affordable spaces to do this in Calgary, and in 1971 she saw the potential in the derelict No. 2 water pumping station-turned City of Calgary storage facility as a community performing arts space. 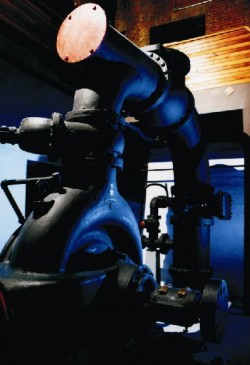