Being constantly exposed to the arts at a very young age, it wouldn’t be until I found an interest in graffiti that I would develop my own artistic practice. A self taught artist, I began selling small graffiti inspired paintings in middle school to friends and acquaintances. I am currently doing my BFA in Visual Studies at the University of Calgary, and I plan on pursuing further education as a practicing artist. Having spent a substantial amount of time visiting my family in what was formerly East Germany, as well as growing up in the city, I have always been exposed and interested in urban decay and the aesthetics of the urban landscape. My artistic practice is influenced by the expressive mark making found in the conversation between graffiti and sanctioned/unsanctioned graffiti remover. These conversations had over extended periods of time between two opposing beliefs interests me as it reminds me of our current political climate. Politics is something I always discuss in my work, whether it be issues on data rights, climate change, healthcare, or otherwise. My work is typically mixed media and utilizes a variety of surfaces to create essentially a 2 dimensional still life of aspects of the urban environment. This immersive quality in the work is done to make the viewer think, as well as to bring attention to the beauty, expressiveness, and composition of things that would otherwise be ignored, or simply described as ugly. 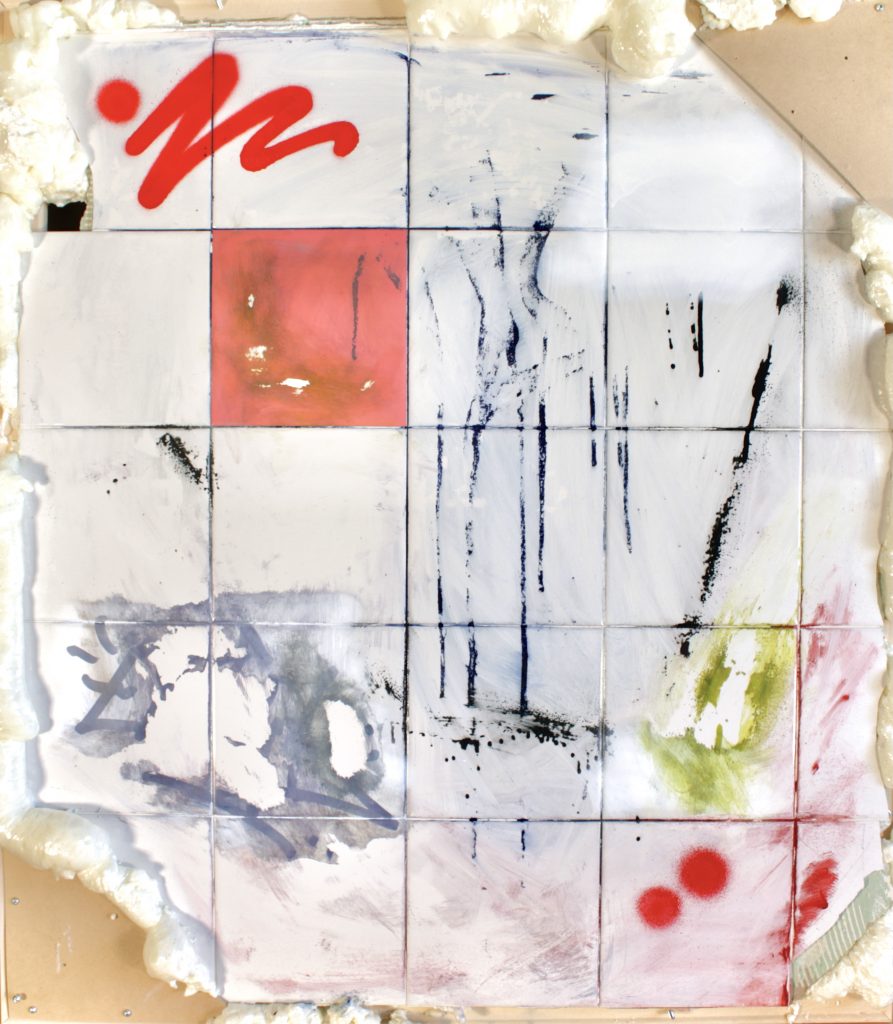 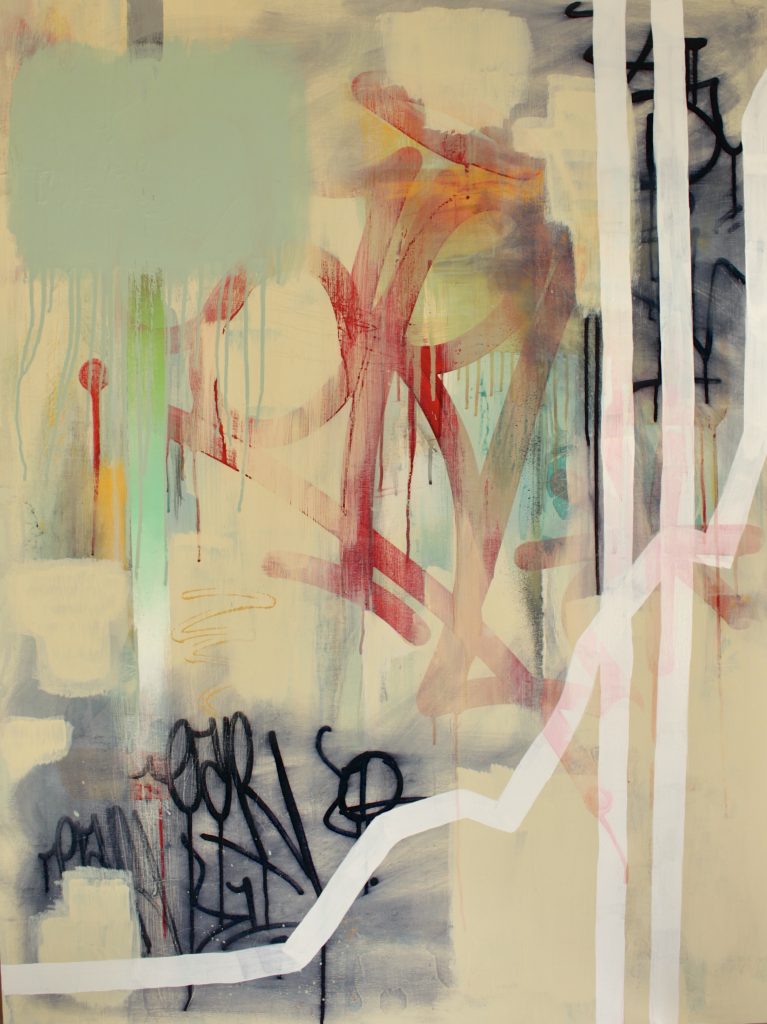